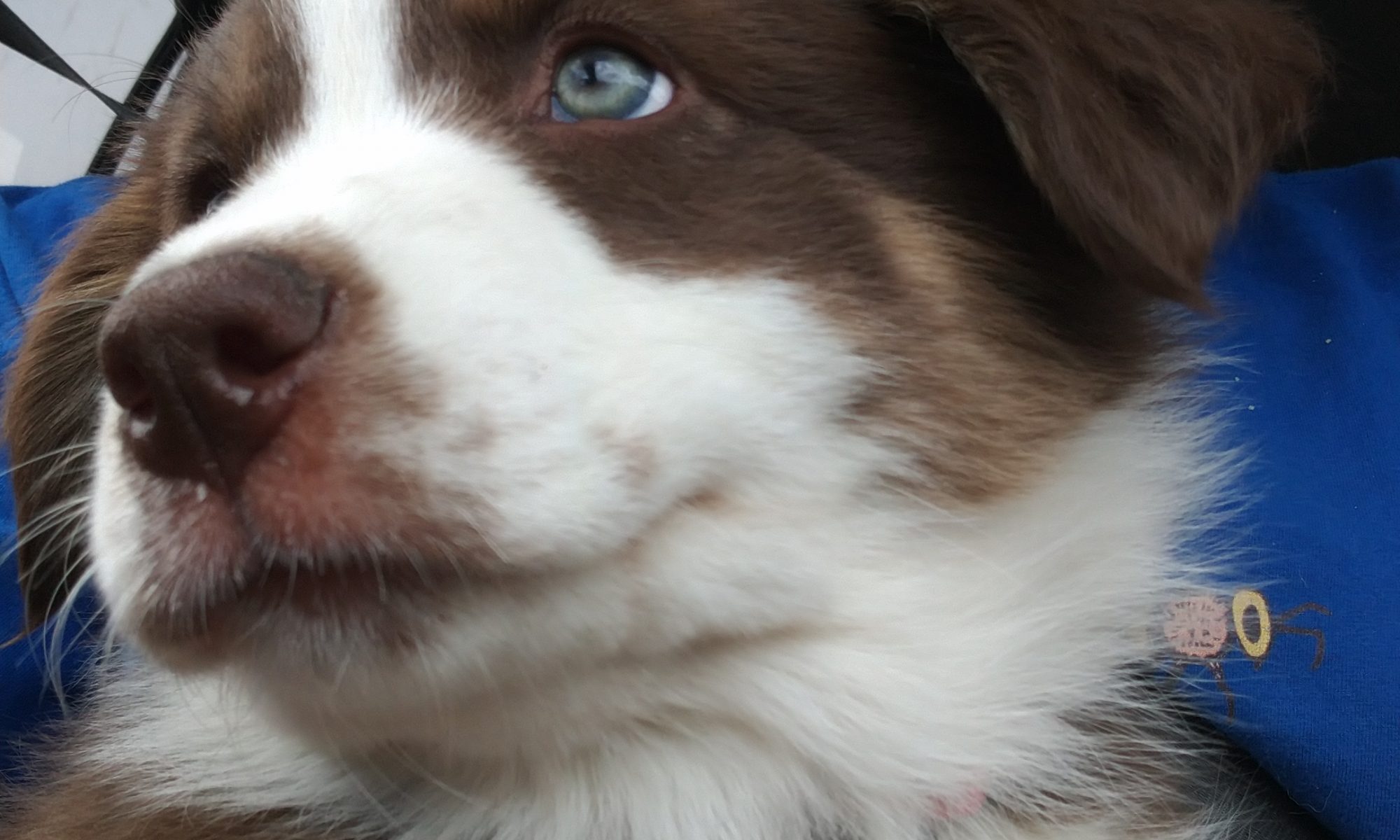 Maggie decided that she is getting old and we needed to find her replacement service dog. Maggie has been with me 9 years and has earned a semi retirement. My most wonderful wife found an Australian Shepherd puppy in Roanoke Indiana.

I took Sunday off and we were on the road before 430 AM. Maggie insisted on coming with me and Merlin wouldn’t be left behind. Thing about driving north is it feels like going uphill. Could be because the route takes us through West Virginia, the only state considered all mountainous terrain.

Once in Ohio we followed the river valley to Dayton then basically north north west into Indiana and up to Roanoke. There we met this cutie:

We discovered that Tonks really likes air conditioning. When we turned it on she settled down and went to sleep on my lap The trip back took longer because even though it felt like going downhill, we had a little one who needs to stop and pee fairly often. We got home 978 miles and 18+ hours later.

Sitting at the oil change place, the Subaru earned it after a road trip like that.