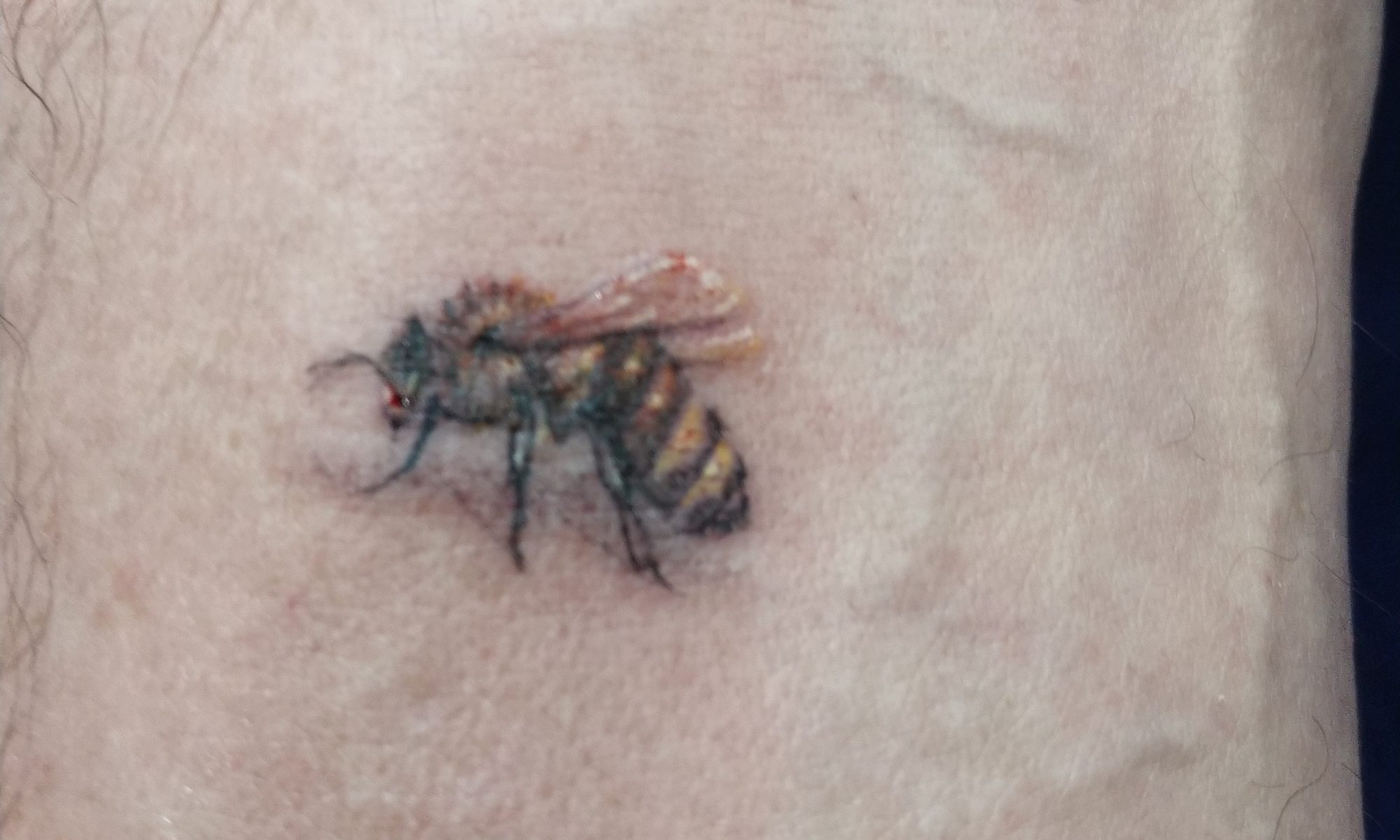 Just because I haven’t put anything out lately doesn’t mean I haven’t been a busy bee. There are so many beekeepers out there, and we’re all going through the same things. I felt that I had nothing of significance to add to the din.

Nothing of significance noted in 1 and 2. There has been a late June – July nectar flow that took us by surprise, and hive 1 had 2 full honey supers. Some of the honey has a purple/grey tint, and I noted purpleish pollen in the brood supers. I put a new honey super on and after I finish writing this will extract the honey.

Hive 3 got moved into a new bigger house, and next inspection they will get another brood super.

Hive 4 was the surprise, When I looked in they were queenless. That explains the cranky bees that stung me through the suit. Later on made arrangements to pick up a queen for this colony.

Hive 6 is also doing well. This queen is friendly and will pop up and say hello. They colony also had 4 capped queen cells on 2 frames. I moved these frames into hive 4, let’s see if they’ll raise these queens.

Hive 7 is another nuc, they’ll get moved into a bigger house next inspect. They’re doing just fine.

Hive 8 is also queenless. I’ll put the queen I’m picking up this evening into this one and see how they fare.

I’m at the point where I don’t want to expend the apiary any more. 8 hives are enough for me to care for. I am, after all, doing this as a hobby. I have made hobbies into businesses/lines of work before and I found that I no longer enjoyed doing them. I still dig bees and beekeeping and so next year, when I am splitting my colonies for swarm prevention, will sell the colonies to other beekeepers, and maintain my apiary at this level.

I may add 2 more colonies next year, as I want to experiment again with Top Bar hives. I had really good luck with them the last time I had top bar hives and there have been some changes/improvements to the design since those days.

But that’s next year’s tale.

2 Replies to “Been quiet lately”